One of the oldest types of fencing material across the globe is wrought iron gates. During ancient times or the Middle Ages, iron was frequently functional for making weaponry, such as swords, axes, daggers, lances, spears, and even shields. But through the years, people have found other ways to utilise the use of iron. In the 12th century, blacksmiths began to craft iron railings, fences, or gates made of intricate processes and detailing. Since then, wrought iron gates have become the go-to and popular choice for adding a sense of luxury and elegance to both residential and commercial settings.

The palace of Versailles was originally for King Louis XIV, built in the 17th century. It is not just a well-known and eye-catching tourist spot in France but also symbolises the system of absolute monarchy in the Ancient Régime. Due to wars and fighting during the French revolution, the original wrought iron gates of Château de Versailles got destroyed. Blacksmiths needed to replace it with gold replicas in 2008. It took almost 36,000 workers to construct the entire palace, including the intricate golden details of its wrought iron gates. To achieve glitzy, luxurious fencing, you may consider using a gold-coloured wrought iron HDB gate design.

ON THE WAY TO LONDON

Also in the wrought iron gates limelight is the Royal Gates in Green Park, London, which have a neoclassical look and style. The Royal Gates near Buckingham Palace was a gift dedicated to Queen Victoria from Canada. The wrought iron gates, designed by Aston Webb, feature the Royal Coats of Arms of the seven different provinces in Canada. It has the regal wrought iron depiction of the distinct bearings and symbols of Ontario, Manitoba, Quebec, New Brunswick, Prince Edward Island, and Nova Scotia. The entire Royal Gates consists of five gold-plated wrought iron with detailed and intricate calligraphy and precisely designed wrought circles. On top of the pillars, the blacksmiths crowned them with gilded, stunning spear top accents fit for Queen Victoria. It has golden gas lanterns with similar intricate details to the gates. 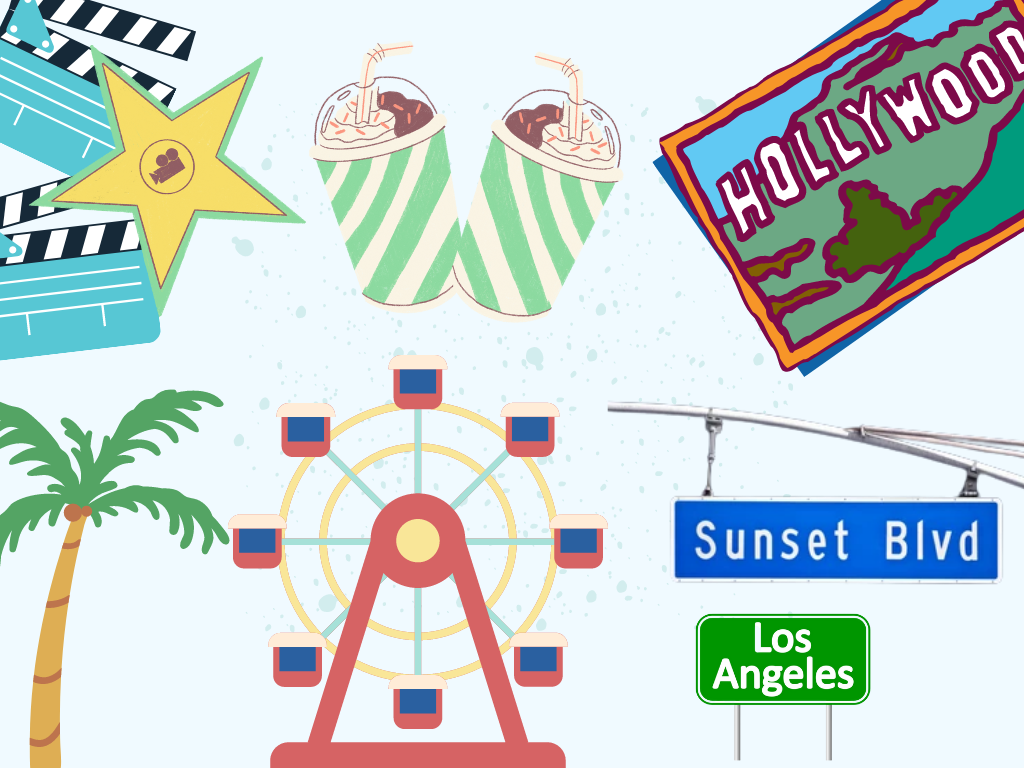 WELCOME TO THE HOME OF PARAMOUNT PICTURES

The studio grounds of Paramount Picture, which lies in Los Angeles, California, also found a way to showcase wrought iron gates in the most impressive way. The studio inside is unquestionably breathtaking, but the wrought iron gates on the Bronson entrance are top tier. It is absolutely a remarkable sight to feast your eyes on. The fountain fronting the entrance added an extra touch of elegance and luxury to the place. At the Bronson entrance, the arch of Paramount Pictures guides and holds its black wrought iron gates. On top of the gates, it highlights the turret-like and complex patterns and cut-outs.

THE GATES TO THE HAVEN OF BAROQUE ART

One of the iconic wrought iron gates throughout history is the gates of Belvedere Palace in Vienna, Austria. The Belvedere Palace houses most of the outstanding pieces and Baroque art from the 19th century across the country. One of which is the famous The Kiss by Gustav Klimt. Aside from the paintings inside, there are also magnificent views outside. What could be better than viewing art and enjoying architecture at the same time? The wrought iron gates of the Belvedere Palace feature the glitzy lions on top of its pillars and the traditional Austrian crest jewel shapes on top and near the lions, which used to be the crown of Prince Eugene of Savoy. It also accentuates the precisely detailed Victorian and floral patterns across the pavements and circular touches through its fencing.

A SUMMER PALACE FOR PLEASURE

In 1717, Catherine I of Russia got engaged to Johann-Friedrich Braunstein, a well-known architect from Germany. Johann constructed a summer palace to please Catherine. Hence, the name. If you ever find yourself in St. Petersburg, Russia, make sure to visit the Catherine Palace and prepare yourself to be in awe of its beauty. The palace has a truly exceptional and theatrical Rococo style, from the wrought iron gates all the way to the interiors. The wrought iron gates, also called the Golden Gate, are one of the pearls of the palace. It highlights the Baroque decorative gilded elements through its fencing, the eye-catching blue and white stripes on its pillars, and the intricate floral designs on the upper area. During the Great Patriotic War, the palace was severely destroyed, but the restoration work by the blacksmiths brought back the look of the wrought iron gates to their former glory. 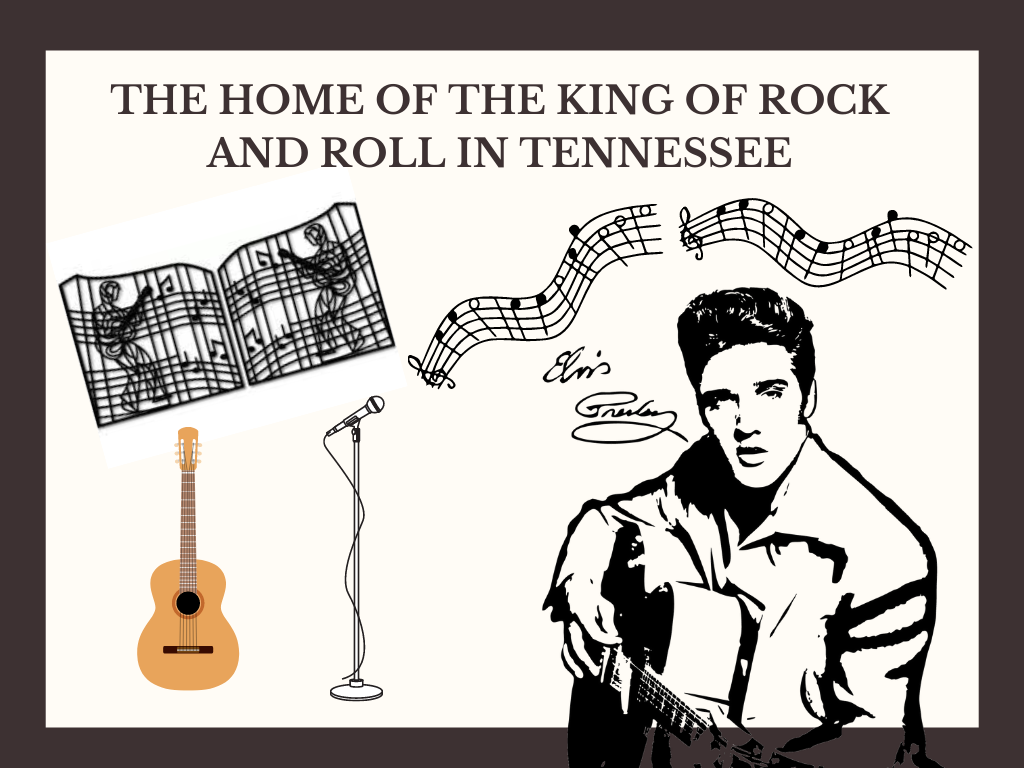 ROLLING DOWN THE HOUSE OF THE KING OF ROCK AND ROLL

Did you know that wrought iron gatesin Graceland were custom-built for Elvis Presley? The king of rock and roll bought Graceland on March 25, 1957, with no gates. One month after, his home had wrought iron gates, designed by Abe Saucer and custom built by John Dillars, Jr. During his limelight, most of his fans would line up outside his gates to ask for photos or autographs from him. When the iconic rock star died, the Graceland Gates in Tennessee became a tourist attraction for music lovers. The wrought iron gates of Elvis’ home exhibit one of the signature poses of the rockstar with a guitar and some musical notes.

When choosing an HDB gate design, consider the advantages and good factors it can bring to you, your family, and your property. By now, you are probably curious if wrought iron gates are worth every penny. Yes, it is! Iron fencing does a definitely good job of securing your property and preventing intruders. It is highly durable, and no tool or equipment can break it. It does not stop there because wrought iron gatesare low maintenance. You only need to repaint it at least every two years to maintain its visual appeal. Also, if you want to have privacy, an iron gate for your HDBis the best option in the market.

Got convinced to get wrought iron gates? Liminal can provide you with a wide range of styles, designs, fencing materials, Samsung digital lock in Singapore, or any security and fencing needs. Shop on their website now and take advantage of their free shipping and installation offers!

‘S Not Okay: Signs That You Need To Visit A Sinus Specialist In Singapore