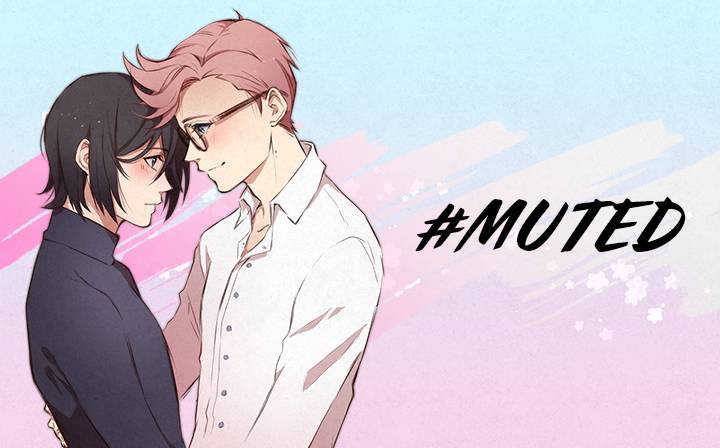 The story in the top 10 list is Bittersweet, revolving around a guy named Seho, who is an employee at a small cafe directly managed by mistress Mira.  The two of them soon fall into a complicated relationship, Seho did not expect that he would be noticed by a lady older than him, and so was his manager.  Not stopping there, things suddenly become more unpredictable when Mira wants Seho to move to her apartment, living with her and her daughter Nayoung. However, things are not as simple as what appears before his eyes.  Is Nayoung really as innocent as he looks? What will Seho find out in this complicated family relationship? All questions will be answered in every fascinating webtoon chapter with the hot scenes of this intricate trio relationship.  Readers are sure to have great moments with this exciting new experience!

Seungyu, three years ago, was a young man, selling his body and soul in exchange for dirty money.  Seungyu’s relationship with one of his friends, Min, is really a big question for readers because in the past, between the two people, something happened up until now, nightmares.  still lingering on Seungyu in his sleep. Forget the past, Seungyu is now rich by a position of power, the wrong child of money and sex. He has a long list of miles of girls willing to come to him for a good time together.  However, things did not easily end like that. Min returned as a new employee in Seungyu’s company. He thought he had forgotten, but until now, when he met Min, Seungyu realized that he still can not forget the dark past and cannot forgive Min.  Seungyu’s revenge officially began. The webtoon set has many sensitive elements, so readers should consider carefully before viewing.

Throughout her life, the heroine has worked hard to finally be rewarded: a dream apartment, a perfect job, career advancement, … but still  something is missing. Some part of her was pushed too far when she focused on her career, perhaps it was love and sex. After having achieved her desires, will this girl find love again?  She was fully grown, but did that mean she would be ready for the other two? “Her dirty thirty scandal” promises to help readers better understand about successful women, bring logical story line, logic and above all, interesting story pages, stimulate readers to dig deeper,  Learn more, stay loyal to the webtoon series.

The story is about Daeun’s past and even present days, when her life is filled with “tarnished” memories when she does bad things to others like insults or abuse.  use sex. However, the only problem facing Daeun is that Gitae, the minister’s son, is not an easy person to grasp. Gitae regrouped all the people who had been hurt by Daeun by his cunning and disgusting actions, starting a costly journey for Daeun’s mistake.  Labeled 18+, “Redemption camp” is honored to be one of the winners of the content creation tournament organized by Lezhin. The story is listed in this list because firstly, the scenes show off the cheeky flesh of the character and content that is sexually explicit, harassing, nude, … makes readers feel uncomfortable.  That is why the audience should consider carefully before going into these attractive and engaging webtoon sets.

Yoomin is having a good relationship with Seula, the hot girl in school, and his crush for many years.  However, life is not as easy as we imagine, most Seula-like girls are very friendly and kind, but inside are a dozen ploys to exploit, prank, or libel  ridiculed and laughed at quiet men like Yoomin. In the past, Seula once tried to undress Yoomin, seduced him by all means, even jumped out of the hotel window to chase Yoomin.  After reading this webtoon, surely readers, especially men, will have to be careful about hot girls like Seula. Do not let their beauty obscure your eyes, these hot girls seem sweet, but the inside is somewhat cunning and cunning.  “Sweet Psycho” also has bed scenes between the two main characters, but not too heavy on the content but also see in it the humorous details, helping readers relax, more fun while enjoying this webtoon.

Junhee is a guy who does not know how to manage money, in one foolish moment, he spent all the money he had.  He struggled to find work to support himself day by day, and eventually found a rather interesting job, but only for women.  Therefore, whenever she needed money, Junhee dressed as a girl to do this job: to monitor and help the doctor treat sexually addicted girls.  Ironically, not only were they locked up for a week with all five “sick” girls, Junhee realized they were none other than their high school friends.  Can Junhee hide his true identity forever? And all the 5 girls will leave you alone for a whole week? Especially when they can find out Junhee is a man?  This is a popular webtoon series with a novel storyline, the image is well elaborated, but only suitable for readers over the age of 18. Therefore, please consider carefully before reading offline!

The story begins with a very pure love affair when Taepyung, every day and every day, waiting for his beloved unilaterally for so long, appears at the train station.  Taepyung can only look at her from afar to satisfy his longing, but never dare to confess anything. But that was enough to make me happy all day. But things have gradually become strange since Taepyung accidentally accidentally spilled coffee on the other girl’s shirt.  Since then, videos or images related to that girl have been sent one after the other, including sensitive clips. Who is behind this? Let’s find the answer through Taepyung’s 97 chapters of the webtoon series.

Set on a kidnapping of two half-sisters, Wooyeon and stepmother’s sister, the story of the Shame room takes place unexpectedly for readers.  They were locked in a room, known as the “Shame room”, noiw they would have to perform weird and embarrassing tasks one by one to get out. Are the pathetic, sexual acts they are forced to experience really a nightmare, or in fact, can they get closer through this incident?  Will the two different half-siblings from the Wooyeon family escape the scary room or will they forever be stuck here? The answer will be available when readers enjoy the story to the last page.

Baewoong was once an athlete with a muscular, robust body but also very balanced and healthy, at least in Baewoong’s memory.  But now things are no longer the same as they used to be because he was an out-of-date star. But not accepting that, Baewoong decided to find a gym near the house to regain his appearance before.  At first, Baewoong was a bit afraid because the price for a training session was quite expensive than usual, so the gym’s address was a bit strange, but it was still far away from the center. However, Baewoong still decided to register for the episode there because the owner seemed very attractive, sexy and he really now has nothing to lose.  After signing his contract, Baewoong realized the secret behind it: sex. The story is guided quite logically, in real life, there are not too many plot-twist but still impresses the readers by the realistic portrayal that it brings.

Coming to the top 1 of the list this time, we will not talk too much about the content to readers to ensure a most objective and comprehensive view of this webtoon.  “Talk to me” is about a girl with a cute, lovely appearance with such pure and innocent eyes that no one dares to think of nonsense when talking about her. But that is not all.  The heroine also has hidden secrets and also aspects that want to be revealed. That is the instinct part of a woman. “Talk to me” is a cheeky webtoon with nude or sexual images frequently appearing, which is also a limited part of this story when there are too many sensitive scenes so it is inaccessible.  human read form. But anyway, this is also a name you need to keep in mind because of the romance it offers.