Believe it or not, getting an uncontested divorce is encouraged by the Singapore judicial system. It dispenses all court proceedings and only requires the filing of divorce papers in Court. You can get an interim judgement of divorce within four weeks. The divorce can also be closed with the Family court issuing a certificate. It will make the divorce final within three months.

Getting an uncontested divorce is when both spouses agree the marriage should end, putting the whole process on a simplified track. Agree on all ancillary matters such as maintenance of wife and children, division of assets, and the custody, care, control and access to the children. There would be no dispensation of formal service of divorce papers, no attendance in court, no mediation etc.

2 Stages in the Divorce Proceedings

The Singapore divorce process has two stages for a simple uncontested divorce.

Stage 1: This stage usually takes one month for uncontested divorces. This stage is when you are:

Stage 2: After three months, the Interim Judgement for Divorce becomes final. It makes the whole process for uncontested divorce only last for four months. The second stage of the process is made up of:

The process is longer for contested divorce because of the multiple trials held. Both stages of the divorce proceeding can also last for several months at a time.

Tips for Getting a Simplified Uncontested Divorce

Here are a few tips to make getting a simplified uncontested divorce easier for you.

Tip #1: The reason for divorce should be unlikely to be contested.

Reduce the chances of the reason for divorce from being contested by the other party. The only grounds for divorce that the Singapore judicial system accepts is the “irretrievable breakdown of marriage’. There are four ways to prove that the marriage has broken down: adultery, unreasonable behaviour, desertion and separation.

There is a higher likelihood that your spouse will contest the divorce filed based on adultery or desertion. It is because of the elements of blame. The other party would avoid being perceived as the reason for the failure of the marriage. Therefore, citing “unreasonable behaviour” or “separation” is your best choice.

Unreasonable behaviour can be phrased neutrally

Your lawyer can help you by drafting the divorce application in neutral terms. This way, your spouse would not feel that they are to blame for the divorce. They might feel more amenable to agreeing to the divorce if they do not feel any blame.

Separation can also be cited as a reason

It is advisable to obtain a deed of separation beforehand to avoid uncertainty. The document can be solid evidence that you and your spouse have separated. It is okay if you have separated for an extended period without such a deed. If facts are clear that you have been apart as a couple, you are deemed as separated. You can also be considered separated even though you still live in the same house just by avoiding any behaviour that shows a marital relationship. 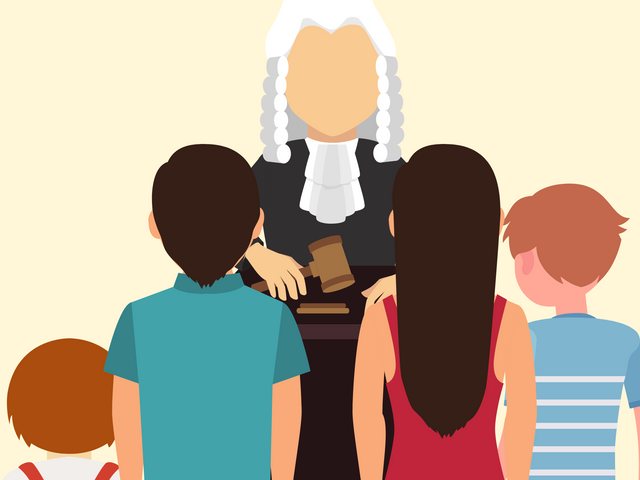 Spousal maintenance and child custody are amongst the most important ancillary matters.

Look at your income and expenses, how much the children will need and how much is your spouse’s earning power when you decide on a reasonable amount for a child or spousal maintenance.

It is a common point of contention for divorcing couples. The courts will not finalise the divorce until they are satisfied that the divorcing spouses have agreed on the arrangements. The issues surrounding this revolves around the following points:

Your spouse is likely to contest the divorce if you’re planning to sell the home. Especially when the property market is unfavourable and if they are unable to cover the mortgage. Do consult a lawyer to help you solve the best interest of both parties.

Divorcing couples often misunderstand the labels used in the consent order. Before you agree, make sure that you understand all the terms and clarify all ambiguities, if there’s any. The consent order must also include both parties’ understanding of the terms if necessary. The attitude and mindset of both spouses as they approach the divorce has an impact on the proceedings. It means you should:

The assistance of qualified divorce lawyers would be invaluable to get even under these circumstances. As one of the most challenging periods in anyone’s life, they would help you observe all the requirements and nuances and follow the procedure.

Ask for legal advice by coming to a reputable firm like Aspect Law Chambers LLC. They house the best criminal and family lawyers. You can also approach their probate lawyer for any Singapore estate concerns.